Salisbury & South Wilts Golf Club was almost certainly formed after the Bishop of Salisbury and his wife had a holiday at St. Andrews. Bishop Wordsworth, prompted by his wife, approached the land owner at Homington and in 1888 for a rent of £2 a year the Homington Down Golf Club was formed.

Consisting of 8 holes, with the Homington Cricket Club pavilion being used as the clubhouse, the 12 members started playing golf.  The number of members increased over the next three years when the land was sold and the new owner of the land increased the rent and made so many restrictions that a new site needed to be located.

With the kind permission of Lord Pembroke, the new site was located on the race plain and a new 9 hole course was designed by Mr JH. Taylor and the club reopened in 1895. The club was renamed South Wilts Golf Club and used the racecourse premises, the Bibury Club, as the clubhouse.

In 1897 the Rev. FW. MacDonald was elected as the first Captain for two years and in December 1900 the Ladies section was formed with Miss V. Pinckney as the Ladies Secretary.

It was not until 1911 that the club could afford the services of a full time professional, a Mr Blundal.

In 1912 the clubhouse was pulled down and a new clubhouse consisting of two ex-army corrugated huts, extended by a veranda was erected behind the 8th green of the Bibury Course.

In 1920, consideration was given to expanding the course and with the help of the Pembroke Estate additional land was leased and the course redesigned. In 1922 the clubhouse was moved to its present site and additional nissen huts were added in time for the opening of the 18 holes in 1924. Horses had been used to lay out the course and sheep were used to keep the grass short until 1934.

In the years since 1934 the course grew steadily until in the 1950's an Official Handbook was produced with a full description of the course and Club.

In 1991 the addition of 9 more holes was completed and the new 18 hole course came into being, at that time being called the Main course with 9 of the old holes being the Bibury Course.

Since that time the trees have grown!! As well as the size of the Clubhouse. 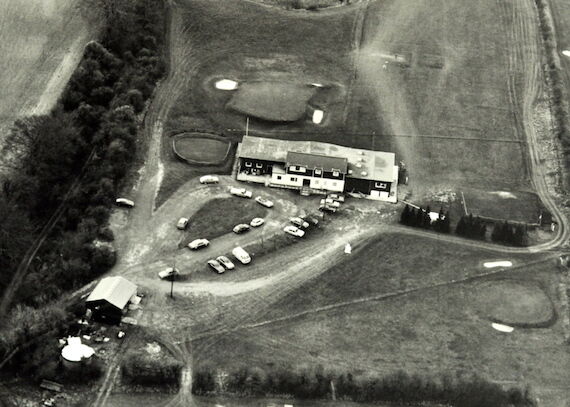 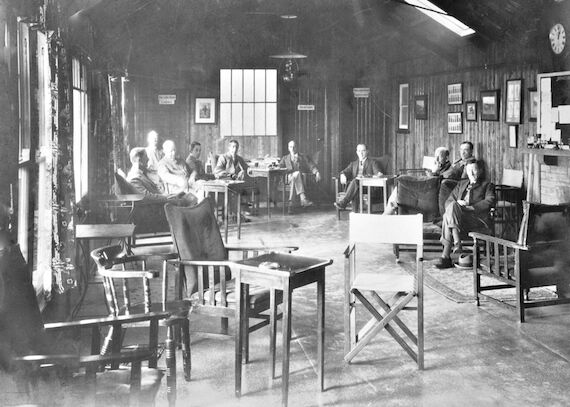